Middle Tennessee is a wonderful place to live, offering many recreational activities and a wide variety of urban, suburban, and rural areas. The Nashville-Murfreesboro metropolitan area has a population of over a million people. St. Thomas Rutherford Hospital is about 30 minutes from downtown Nashville. The area experiences a nice climate with four distinct seasons, relatively mild winters and warm summers. 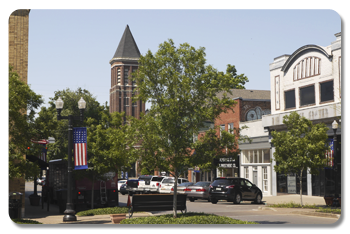 Murfreesboro is a city of 120,000 people and is one of the fastest growing cities in the country. It is home to Middle Tennessee State University, the largest undergraduate university in the state, with over 25,000 students. Murfreesboro has numerous restaurants (over 300), shopping, parks, and historical sites to explore, including The Avenue, a shopping destination featuring an open-air, pedestrian friendly setting located just a mile from Saint Thomas Rutherford Hospital.

​Murfreesboro is also just a 30 minute drive from the Nashville International Airport. In 2010, Bloomberg Business Week ranked Murfreesboro the best place in Tennessee to raise children. Rutherford County schools consistently rank among the best school districts in the state. Rutherford County (Murfreesboro and nearby towns such as Smyrna and LaVergne) combines the benefits of a small-town atmosphere with the amenities of a major metropolitan area.

Murfreesboro has a low cost of living (8% lower than the national average) and a variety of high quality, affordable, and safe housing options are available just minutes from St. Thomas Rutherford Hospital. With a median home price of about $150,000, our familt medicine residents can even afford to purchase their own home. There are multiple housing options located near the hospital campus – some just a few minutes’ walk to the hospital.

Learn more about lots of fun things to do in Murfreesboro here. 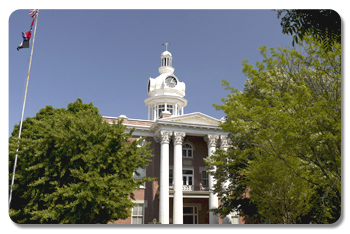 ​Nashville, a city of over 600,000 people, is the state capital and is one of the fastest growing cities in the country. Just a short drive from our family medicine residency program, downtown Nashville features a diverse assortment of entertainment, dining, cultural, and architectural attractions. Nashville is known as “Music City” and is the 2nd biggest music production center (after NYC) in the country.
​
Nashville has many famous attractions including Broadway, Music Row, the Nashville Zoo, Opryland, the Ryman Auditorium, the Belcourt Theatre, the Tennessee Performing Arts Center, Schermerhorn Symphony Center, the Country Music Hall of Fame, the Parthenon, and the Tennessee State Museum. The city hosts many major annual events such as the Tennessee State Fair, Nashville Film Festival, and the CMA Music Festival.
Nashville has several professional sports teams, including the Tennessee Titans (NFL) and the Nashville Predators (NHL). 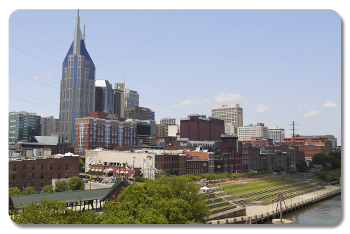 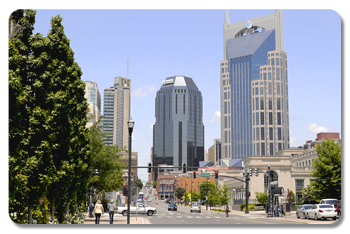 Nashville is a very affordable city, with an average home price of just $168k.
​
Nashville has been on many “best of” lists recently, including #1 on Kiplinger’s Best Cities to Live, #3 on Travel & Leisure’s America’s Best Cities, Best Music Scene by Rolling Stone, #2 on Forbes Best Cities for Jobs, #3 on Forbes Next Boom Towns, #13 on Businessweek’s Top Cities in the U.S., #28 on Bloomberg’s Best Places to Live, and as one of 5 world cities noted as “best places to go in 2013” by Conde Naste Traveler.
Learn more about lots of fun things to do in Nashville.